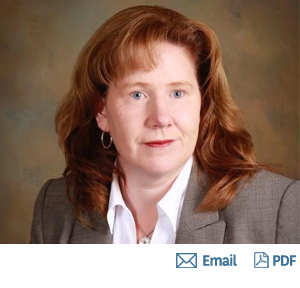 With over 30 years’ experience representing law enforcement officers in civil, criminal, disciplinary, and collective bargaining matters throughout the State of California, Alison has handled a multitude of cutting-edge police cases in federal, state, and administrative proceedings.

Alison was recognized for her outstanding work with the twin honors of being named a 2021 “Lawyer of Distinction” in Police Liability Law, and also being rated by her peers as a 2020 “Super Lawyer” for her work defending police officers. Yet, Alison’s most treasured honors remain those bestowed by her clients, including being named the “Person Most Likely to Fix Just About Anything” when she was awarded the coveted “Duct Tape Award” from the Novato Police Officer’s Association, as well as the “Snow White Award” by the Sonoma County Deputy Sheriff’s Association for her work defending their retirement benefits, and an “Excellence in Service” Award from the Berkeley Police Association for her years of dedicated work on their behalf.

In addition to practicing law, Alison regularly teaches on a variety of law enforcement topics as a certified instructor for the California Commission on Peace Officer Standards and Training (POST) and the Alameda County Sheriff&#39;s Office Regional Training Center. Additionally, Alison currently serves as an adjunct professor for Las Positas College Administration of Justice Bureau (2012 to present), previously taught for the San Jose State University Administration of Justice Bureau (1992-2012), and, after being certified by the Force Science Institute in 2009, has taught a variety of courses on Human Factors and Video Analytics.

After graduating from the University of California at Santa Cruz in 1984, Alison earned her law degree in 1988 from the University of California Hastings College of the Law. She began her career with Carroll, Burdick & McDonough in 1987 as a member of the PublicSector Labor Group, and was a founding partner at the law firm previously known as Rains, Lucia & Wilkinson before establishing the Berry Wilkinson Law Group in 1999.

The daughter of an elementary school teacher, Alison was born and raised in Palo Alto, California. When she is not defending and prosecuting the rights of public safety employees throughout the state, Alison resides in San Rafael, California with her husband and two children, where she enjoys hiking, biking, kayaking, and sailing, and can often be found exploring the natural wonders of Tuolumne County and the Stanislaus National Forest.

PORAC Issues Symposium: “What Every Board Members Needs to Know to Stay Out of
Trouble” (April 2018)

Featured, “Hearings on Police to be Kept from Public,” San Francisco Chronicle
(2007)

Author, “Two Down, One to Go in the Bad Attitude Battle,” PORAC Law
Enforcement News (DATE)

Featured, “When an officer is the suspect,” Police Times: The Voice of Professional
American Law Enforcement, (March 1996)

Contributing author to the PORAC Law Enforcement News, a publication focusing
on issues important to peace officers throughout California

Thanks for signing up!